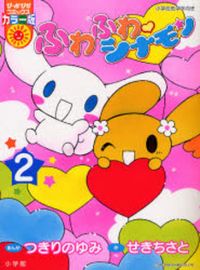 Fluffy, Fluffy Cinnamoroll (Japanese: ふわふわ♥シナモン, Fuwafuwa♥Cinnamon) is a manga series featuring the Sanrio character Cinnamoroll, also known as Cinnamon; available in five volumes. It was written by Yumi Tsukirino with the concept by Chisato Seki.

It was originally serialized in Shogakukan Grade Comics (first grade through to fifth grade) and Pucchigumi magazines from 2004 to 2008, with tankōbon releases.