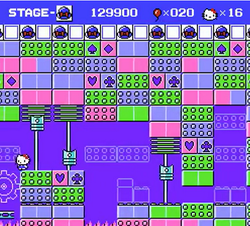 Stage 8 (robot icon) is the eighth stage in Hello Kitty World. It is a secret base with a robot boss referred to as ???? in the manual.